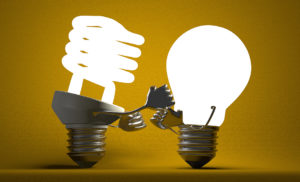 The statement above may sound intriguing, exciting and perhaps a little motivational, or for some, even daunting. On the surface, and depending on your circumstances, it could be one or a combination of many emotions. Here are two more aspects of uncertainty that are worth consideration:

Today’s possibilities seem endless – they can easily stagger the imagination. They disrupt the status quo and, as a result, generate different and competing ideas that often-run counter to logic that may seem obvious to those that do not benefit from the current situation.

John D. Rockefeller, the Founder of Standard Oil, was more than a little reluctant to surrender his kerosene consuming customer base to the new technology of the day, electricity. It sounds absurd today, but Rockefeller fought the concept of electricity use in the home because it would have an enormous impact on existing business. Fast forward to coal today, and one need look no further that the last election cycle to find evidence of conflicting interests in action.

Today, the desire by some to avoid disruption invites ideas of its own. Whether the motivation is protectionism, fatigue or simply fear, these competing ideas do represent a force in the market, as well as in public/political debates, that will shape the future. This, “change is fine as long as I’m not disrupted,” attitude is not new, however, it is persistent. Today it is being amplified by the disruptor itself – technology.

In Rockefeller’s day, innovations were few and narrow in scope and as a result the disrupted were few. Today however, I cannot think of an industry, individual, or aspect of life that has not been impacted by technology – even the Masai now carry mobile phones. This ubiquitous change has increased the level of uncertainty in the market exponentially. With that, so have the number of competing ideas intent on opening opportunity’s door or perhaps deadbolting it shut. 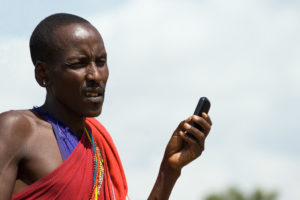 Another factor magnifying these conflicting visions of the future and, perhaps, even uncertainty itself, is, you guessed it, technology. The internet, and specifically social media, make uncertainty more visible and at the same time provide a platform for sharing and promoting every resulting idea. This on its own is not a bad thing, the more ideas the better. But unfortunately, the resulting debate is not always informed or constructive. Social media Trolls are a good example of this kind of pointless noise.

Technology is an amplifier. It amplifies the possibilities, as well as the potential for conflict and dysfunction. It is the dichotomy of our times, that the thing that offers us almost unlimited opportunity also provides a formula for chaos. And with its potential for anonymity, the Internet provides an Invisibility Cloak that empowers the uninformed, the weak in character, and those with purposeful intent to suspend progress they find disruptive or simply uncomfortable.

Given the conflicting forces vying for our attention, opinion and ultimately, our allegiance, it is no wonder intellectual fatigue has resulted in the surrender of our critical thinking. No longer wanting or willing to vet our newsfeeds, the opinions of coworkers and friends, many have instead elected to allow the endless flood of opinion to wash over them without resistance, filtering and collecting only the information that is effortlessly absorbed and that reinforces the paradigm of their selection.

It is time to step back and reassess our own perspective, and perhaps our individual contribution to the chaos. Conflict and tension are creative forces if each side approaches the debate with an open mind, a respectful tone and a well-vetted, informed opinion. Diamonds are not the only valuable things that form under heat and pressure.