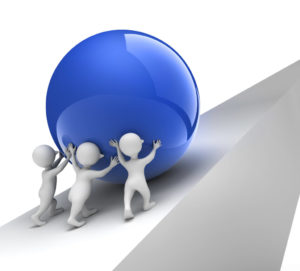 I have a gritty team and I am proud of it!

Recently Forbes highlighted “grit” as a key factor in success. The article states that, “According to psychologist Angela Duckworth, the secret to outstanding achievement isn’t talent. Instead, it’s a special blend of persistence and passion that she calls – grit.” I think this is true of company culture as well, especially in today’s unpredictable operating environment.

A quick look back and the development of our gritty culture.

The Chariot Group was founded in 1999 with the expectation that starting a company would be a lot of work and that there would be risk. It is well known that most new businesses do not survive long enough to blowout the candles on their fifth anniversary celebration. But, with optimism being the primary ingredient of any entrepreneurial effort, we charged forward undeterred. Besides, we were opening a technology company during the tech-boom, what could go wrong?

Overlay the events listed above against the relentless disruption that is the technology sector and you have, what I consider to be, one of the most complex business operating environments one could imagine. Since the inception of The Chariot Group, I have seen companies create new industries and dominate them, only to become irrelevant in the industry they invented and go bankrupt – all in a 20-year span.

How does a company survive such calamity? A gritty culture built on belief, pride and tenacity.

Belief – In my view, a company needs to assemble a team of people that are attached to an ideal and a vision, not a product or service. They must believe in each other and the organization’s mission with the product/service being simply an expression of such. Simon Sinek speaks about the importance of “Why” in leadership and marketing. I believe a company’s staff need to know and embrace why a company is in business. Simply believing in a product and/or service is too perishable to be sustainable. Once the competitive landscape changes rendering the product/service obsolete, the gravitational force that holds everyone together is lost.

Pride – They must be proud of the company’s values, its mission and their coworkers. In today’s continuously changing world everyone requires something more stable than the latest innovation to provide the moorings for the stability. And perhaps even more important, they need a reason to get up off the mat when they get knocked down. Nothing provides strength and resiliency like pride.

As I look back throughout the past 18 years, The Chariot Group has certainly had its challenges; both economically and in the form of continuous industry disruption. But through it all, the entire organization has been able to steady itself on, and because of, its core values. I am pleased to say that I have seen the entire organization rise-up with pride and respond with tenacity to the most challenging of situations.

I have a gritty team and I am proud of it!