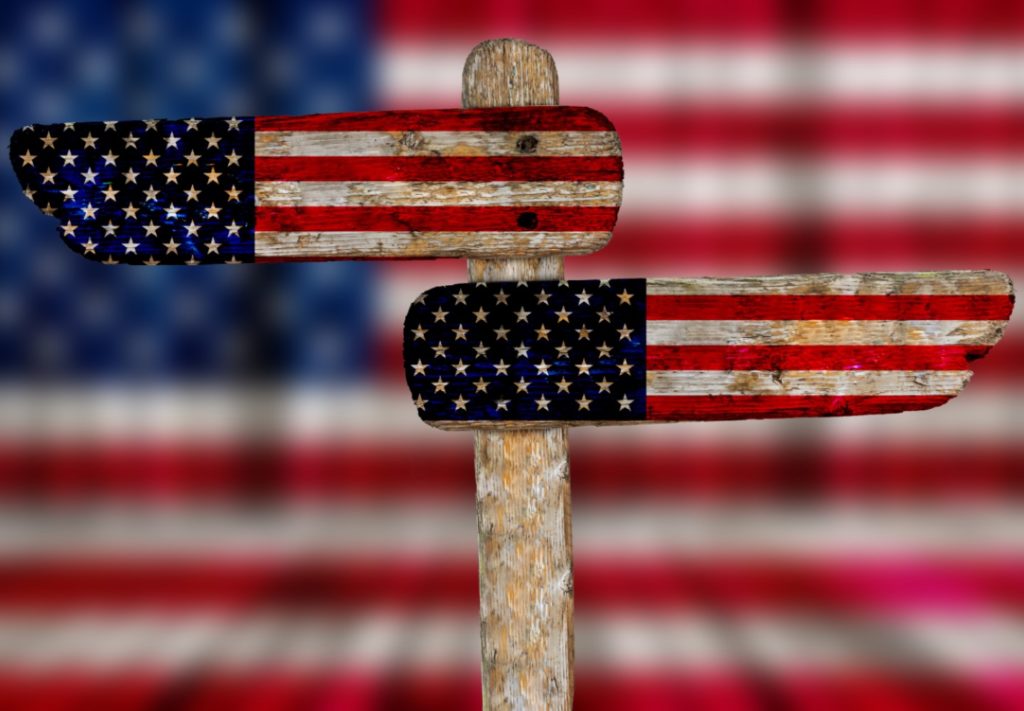 In the Lord of the Rings trilogy, the character Gollum is entranced by the One Ring of gold. His attention is so consumed by what he calls “My Precious” that he is unable to comprehend how the world is changing around him, the consequences of his actions, or their implications for the future. His focus is intense, singular, complete and above all, self-interested. I fear many in America have chosen Gollum’s destiny.

For the past four years in the interest of political self-preservation, many of America’s senior-elected officials have abandoned their posts and oaths as the sworn guardians of the United States Constitution and protectors of democracy. They are not alone; many Americans joined their march away from the bedrock principles of democracy, while paying homage to the exulted virtues of lower taxes, portfolio returns and the temporary personal relief that comes from ignoring inevitable change. This departure from American values has never been more visible than through the efforts to obstruct and suppress voting rights and through the efforts to overturn the results of the recent presidential election.

It is clear that America has journeyed to a place where many of its well-educated, accomplished and influential citizens are not able to comprehend, or at least acknowledge, the potentially devastating long-term impact of their actions or the future implications of current events. Their focus is intense, singular, complete and self-interested.

Gollum and the other ring-seekers did not desire the ring; they lusted for and were consumed by the illusion of security its power conjured. Our current circumstance is no different. Likewise, many Christians see in Mr. Trump a champion of their values, a torchbearer reigniting the prominence and glory of their faith, turning the other cheek to the conflicting values and deteriorating morals. If a malevolent force were to ordain a false profit, he would surely display the same self-interested, win-at-all-cost behaviors and distorted values as Mr. Trump is currently exhibiting.

People of all stripes see him as the protector of their wealth and personal security. All while bearing witness to a level of vindictiveness, deceit, personal-enrichment and self-aggrandizement that they would deem unacceptable in their employer, and their professional and personal relationships. These obvious, uncomfortable and frequently conflicting value judgements are often justified with platitudes like, “I support the policies not the personality.” The pursuit of the Precious has led many to tolerate the intolerable.

The questions we must all ask are “What is democracy worth?” “What is self-respect worth?” Clearly, some have made this calculation and determined its value. Recently, Mr. Trump came under fire for disparaging America’s dead and wounded war veterans as “losers” and “suckers” and now he holds an entire Nation and its democracy hostage in service of ego and self.

I cannot help but reflect on how far down Gollum’s path we have traveled. The men and women of our armed forces and their families have paid the ultimate price defending their country, its Constitution, and their values, hopes and vision for a better life for their children and the generations that follow. We are the beneficiaries of that sacrifice and thus the custodians and conveyors of their vision.

However, today it seems, many Americans lack the conviction and courage to carry the torch forward and defend these hard-won freedoms to take a stand for what they know to be true and just. They are instead, fearful of suffering the burden of a tax increase or change in lifestyle during a time of national crisis – unwilling to envision or invest in a future beyond their own retirement planning.

Security is not freedom. The American Psychologist, Rollo May, wrote: The opposite of courage in our society is not cowardice, it is conformity. It is the comfort and security of conformity that is the promise of those that trumpet tribalism. The commitment delivered via a corral of sameness that is defined through exclusion. Those that accept this promise also experience the relief that results from the abdication of self-determination and the weight of personal responsibility.

Today, it is common to assume that America’s political and societal divisions are cause by differences in ideology, nationalistic views and economics concerns, but this is a mistake. These are merely the visible symptoms that derive their power from a central source: Fear of change

We are in the midst of tumultuous change. As a result, the divisions that gave rise to the conflict that Mr. Trump personifies will not dissolve with the end of his administration. It is a natural response to retreat to short-term thinking and self-interested actions during times of uncertainty, but we have reached a crossroads that demands a choice. One can continue to embrace their fears of insecurity, scarcity and change, and to succumb to those intent on leveraging those anxieties in the name of their own self-interest. Or, a person can choose to do as their forefathers have done and step toward uncertainty to face that which threatens not only our democracy, but our humanity as well.

“I wish it need not have happened in my time,” said Frodo.
“So do I,” said Gandalf, “and so do all who live to see such times. But that is not for them to decide. All we have to decide is what to do with the time that is given us.”