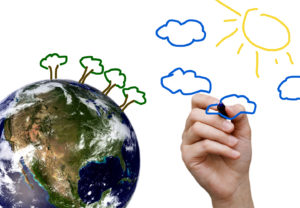 Imagine for a moment that you been taken on a journey and transported to an unfamiliar place. I use the terms taken and unfamiliar because the voyage was not optional, and the place, while similar to the one you left behind, feels both uncomfortable and foreign. The culture and methods of engagement are different. The mail is electronic, the telephones are mobile, some of the intelligence is deemed artificial. And the communities, no longer defined by geographic boundaries, are built virtually in a place called the Cloud. You observe an escalating and confusing mix of opportunity and chaos that seem to share the same space in time.

Obviously, the world I am referring to is the one we inhabit today, and like it or not, we are all conscripts on a one-way journey that is accelerating into a future unlike anything humankind has ever experienced. The unfamiliar and the uncomfortable are the new normal, disruption fatigue a pervasive side effect of unceasing change.

What has been your response to this altered environment? Are you excited by the promise of the technically advanced landscape and actively pursuing its potential? Do you view the chaos as simply the background hum of opportunity? Or, has the uncertainty that accompanies chaos drawn your gaze, causing you to pullback and hunker down?

Anyone who has traveled to a different region knows the unfamiliar heightens our senses, and the same is true of  change. It demands our attention, our imagination, and perhaps most of all, our energy. The embrace of uncertainty inspires and energizes some, it foreshadows the pride and self-confidence that comes from facing a challenge and the chance to persevere. But for others, uncertainty manifests as worry and fear, a response that over time, erodes an individual’s confidence and results in fatigue, frustration and even anger.

Of course, individual perception and perspective will vary depending on age, experience, ability to adapt and culture. But have no doubt, everyone is struggling to figure out how to survive and thrive under ever-changing conditions. It is this struggle to understand and adapt that is at the core of the social, economic and political discord we are seeing within our local communities and worldwide. This is not a surprise; change is often the catalyst for conflict and fear of the misunderstood is the root of aggression.

If you are feeling overwhelmed by all of this, you are not alone. We are all suffering from some level of disruption fatigue, and more often than not, we are left feeling diminished by the negative drone of our newsfeed. But the reality of daily life is different. The majority of people are, at their core, seekers of the positive. They get up every day with the goal to make the world a better place. The majority are pained by what they are seeing but feel their individual efforts have little impact.

Nothing could be further from the truth. Individual effort and actions matter, they matter above all else. Kindness, tolerance, positivity and the grit to persevere in the face of the negative are grassroot change-agents. You, your words and your actions matter at every moment. It is in understanding and embracing the power of individual actions and attitudes that we will begin to turn-back the swelling tide of fear and intolerance. Mahatma Gandhi’s statement, “Be the change that you wish to see in the world” is so familiar that the power of its implications is often dismissed. Gandhi understood the power of individual positive action, and he used this force to liberate an entire country.

We are all in this together – All of us. Individual attitude and actions are the elements that build the future. They are the fuel that powers our imaginations and deliver the previously unimaginable. Only one question remains: What kind of world are you building?